In October of 1881, while in Frankfurt, Alfredo Piatti received as a gift from Clara Schumann, his frequent musical partner, the precious pages on which her husband Robert had written the first rough draft of his Concerto for cello and orchestra, op. 129.

The next month the audience that filled London's St. James Hall for the Monday Popular Concerts on 14 November, 1881, heard for the first time the interpretation of the Märchenbilder op. 113 of Robert Schumann in a transcription for cello by Alfredo Piatti, from the voice of his valuable Stradivarius and the piano of Charles Hallé.

We are happy to be able to express today our thanks and profound gratitude to Maestro Christian Bellisario for his accomplishment, which, starting from the scholarly transcription of Alfredo Piatti, resulted in a prestigious "urtext" edition of the Märchenbilder op. 113 by Robert Schumann. 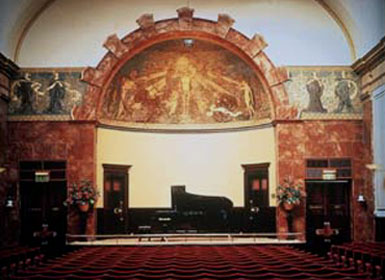